A downloadable game for Windows and Linux

The jury of Los Angeles County District has ruled in favor of four police officers accused of abusing their power against coloured citizen Rodney King, and thousands of people take the streets to protest, causing an unprecedented riot.

Tonight, amongst riots and builidings ablaze, officers John Barker and Al Jackson respond to a call in the South Central district. The children of an old friend have gone missing. The only lead they have is a dangerous criminal who’s got all prostitutes fearing for their lives.

In a battle against time, they will face violent street gangs, their very own colleague officers, and even the supernatural.

- Only inventory based puzzles.

- No deaths or dead-ends. 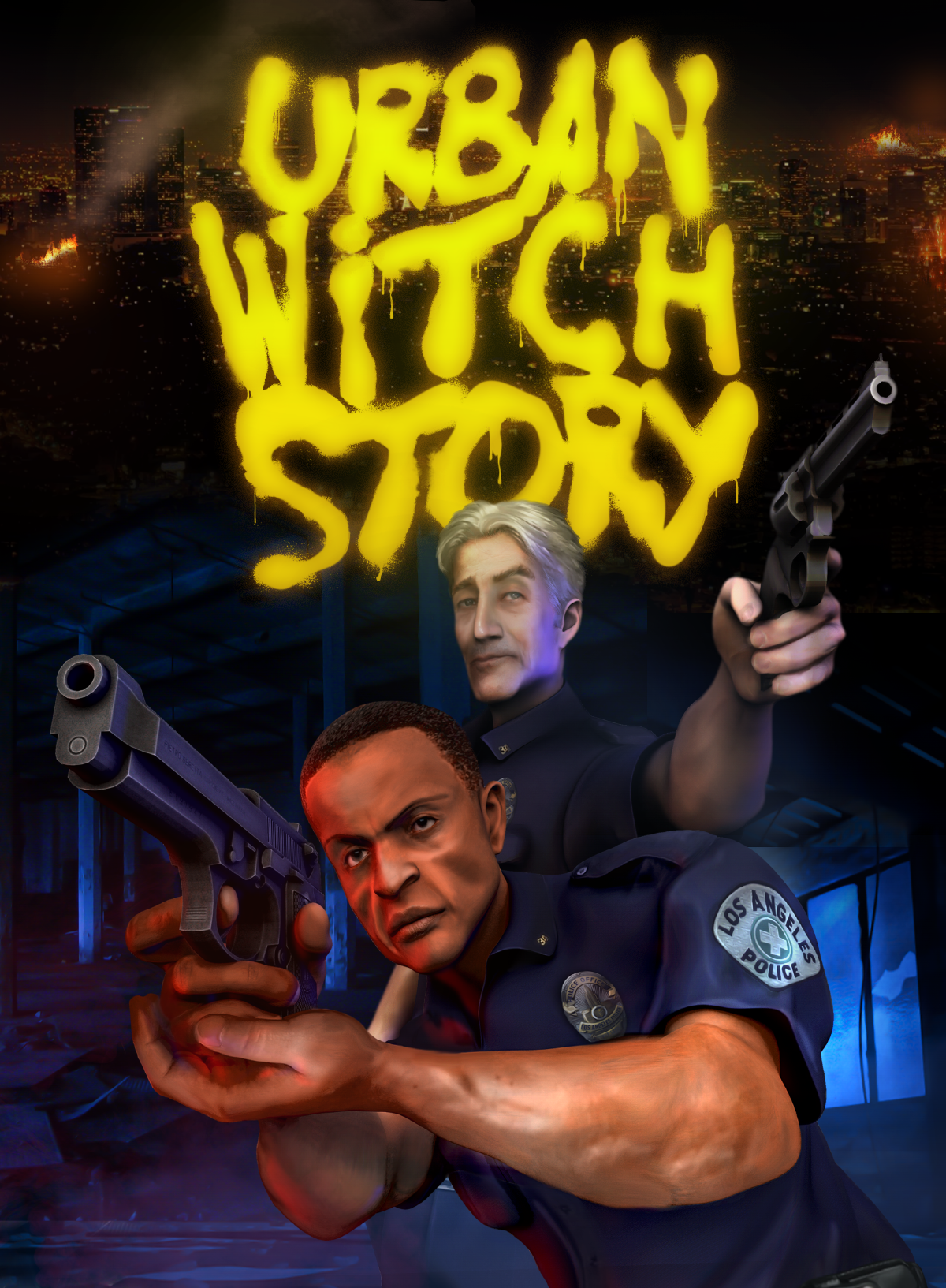 Thanks to Matteo Bini for the Linux version.

A fantastic throwback to the days of Sierra point and click adventures set against an uncompromising backdrop that doesn't pussyfoot around difficult themes. A few people may take issue with the inclusion of racism/sexism/homophobia, however it's perfectly in fitting with the game and isn't added for shock value. It may be jarring to some but it's a gritty game, rife with poverty, crime, racial tension, drug abuse, corruption, and so on. The characters are flawed, motives are questionable, and redeeming qualities are complex.

The core of the story has been done countless times before, complete with clichés and nods to other media of the time, but the supernatural element gives it another twist. It seems the creators are big fans of the paranormal, treating it with a healthy dose of respect and scepticism. As for the puzzles, the majority are straight forward and won't have you tearing your hair out. They're not too easy that you'll get them all right immediately either. I personally found it very balanced.

I found my playthrough to be relatively bug free, with the only one I can recall being an animation issue that had no impact on the game whatsoever. Unlike official Sierra games, you can't back yourself into a corner, becoming soft-locked or 'walking dead', nor can you die (which is already explained in the game's description).

If you're a fan of point and click games, whether they're Sierra or not (I always preferred Lucasarts), you owe it to yourself to give it a shot. It has all the qualities of a classic, combining a good story, well-written characters and gritty setting with fun gameplay, logical puzzles and a real love for the genre. The music is great, too, and I found myself humming and tapping out sections on the desk without realizing. Although the game deals with difficult issues in a less than forgiving manner, it also doesn't take itself too seriously. There's plenty of humour to go around, some dark, some subtle, and some bordering on the slapstick.

My only issue with the game is that there are quite a few grammatical and some spelling errors in the English version. It's not enough to ruin the experience, but there were  occasions where the dialogue doesn't make complete sense and I've had to re-read it and figure out what was actually meant. It interrupts the flow of the dialogue when an obvious error stands out, but I want to reiterate that it did not impact my enjoyment of the game.

Postmodern Adventures should be very proud of their creation. It's one of the best AGS games I've ever played, and surely is a contender for the number one spot. It's a simple game that deals with complex issues, that neither feels like a chore or a lecture. It's not for everyone, but at its core it's a solid adventure game that deserves your time. I certainly have no regrets and only wish I could replay it again for the first time.

How about a Linux version of this wonderful game?

Added to the download section! Thanks as always, Matteo!

Thank YOU for making great games for free! By the way congratulations on your bigger project. Would you be interested in releasing Nightmare Frames for GNU/Linux too? I would love to help you out.

There are no plans for a Linux version of Nightmare Frames at this time. But if I decide to do it in the future, I'll know who to call ;)

From my point of view this is masterpiece of AGS Games, story, charatcers , graphic style, atmosphere of environment and way like characters interact between themselvs is awesome. Developers had to a hell of work with this piece. And fact that game is offered for free is cherry on top oft the cake! Thak you guys and i hope you will be continue with good work, i want to see another game, or sequel maybe? :D :D

Wow, what a game!

Loved it! I expected a short nostalgic fan game and what I got instead was an engaging, well-paced, full-length point and click. The graphic style isn't my kind of nostalgia (I prefer the 256-color VGA era), but the game soon managed to immerse me nonetheless. Strongly recommended!

Holy shit, this game is fantastic. Hats off, dude!

I really, really appreciate this game. The graphical style is 100% faithful to the EGA times: you could have told me that this was some Sierra side project from the years of Larry and King's Quest and it would totally check out, both in looks (resolution and colours) and style (there is a lot of attention to detail; the kind which shows that low resolution doesn't mean lazy design at all). The sound has higher quality and it's kind of a giveaway, though :).

The plot and the writing were also cool. I liked the huge amount of references, especially during the museum part.

Congratulations on creating this small piece of art. I enjoyed every minute I spent with it.

This is an incredible achievement.  The art, writing, music are all so professionally done and the game length is impressive!  Good job!  How is this game free?? I would have paid good money to play this.  This is truly a labor of love and I wish you all the best.  (And of course I hope you keep on making games!  I'll play them all!  Give em to me!  I want more!  MOAR!)  ;)

What an incredibly well done game! The characters were all well fleshed out, and I enjoyed getting to spend time with them. I also liked that there seemed to be optional dialogue choices and additional exploring not required to finish the game, but they fleshed out the game world more intricately. Also the lack of dead ends and moon-logic puzzles made for a thoroughly enjoyable play-through.

I'm not sure why anyone would criticize the racism in the game, as all racism that appears is immediately condemned by the characters. The racism and racial tension on display were very much a real part of the riots and frustration present at the time and setting of the game (1992 LA Riots). Wandering through it made me sad that we haven't come very far since then, as evidenced by the recent deaths of Breonna Taylor, George Floyd, and countless others.

On completing the game, I felt like the characters were all trying to overcome their differences and pull together as a community, which is a lot more than I expected from a game called Urban Witch Story. Great work, guys! Can't wait to see more from you.

This is typical ignorant SJW garbage logic.  Just because racial tension/issues is a general theme and there is sensitive language doesn't make this game racist.  please state the outright racism you speak of, because if youre going to make a point like that its a shame--but also kinda typical for people like you--to only halfway explain what you mean because your views dont make any sense.  The game's writing is accurate for the time.  Characters regardless of their race are played honestly and respectfully and the situations that some of the characters face are realistic.  It is unfortunate that social justice warriors like yourself need to look at the world with rose colored glasses and can not handle reality.  Instead you want to see everything from a politically correct standpoint regardless of its accuracy...and you also push your sensibilities on other people which is even worse.  If you are offended by the game just don't play it, dude.  You talk so much about hate and rant against being judgmental and yet you are the only one on here spewing hateful comments and being judgmental.  Be ignorant by yourself.

Wow, what a great game. Really good story and some nice details. Thank you for making it :-).

Thanks to you for playing it!

Would it be possible to add the composer to the credits here (and maybe a link to their work)? This game has some really good music and they should be mentioned!

Sure! I didn't even credit myself on these pages! The composer is Eric Matyas (soundimage.org). In his page there are a ton of wonderful tracks to use legally in any kind of audiovisual projects.

What a beautiful game! Will there ever be an english translation?

Not at the moment, sorry. Thanks for your words!

Reply
Free to play2 years ago

Reply
Free to play2 years ago 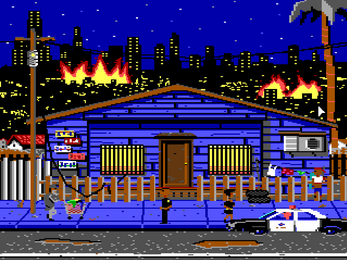 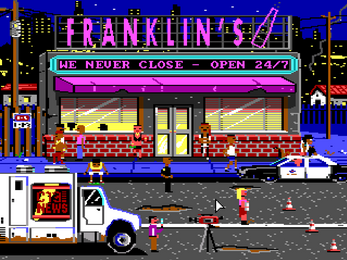 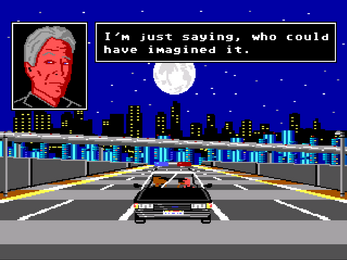 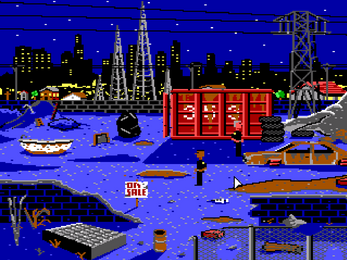 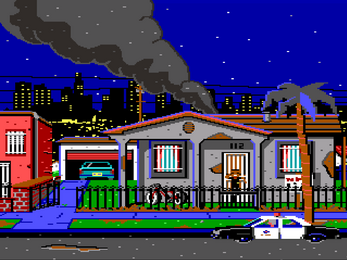 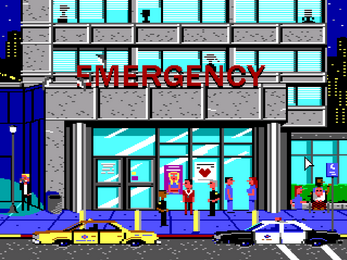 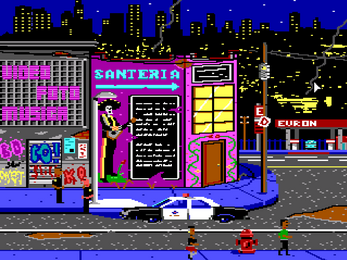 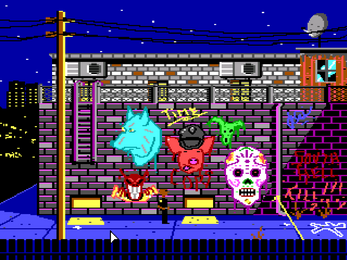 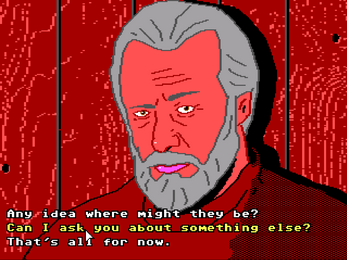